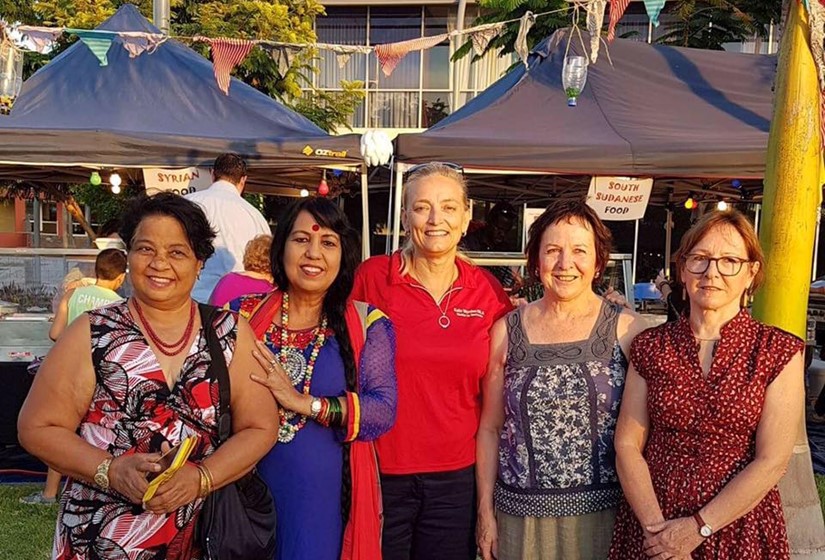 Kate arrived in Australia with her family in 1981 and attended school in Adelaide before first moving to the Northern Territory in 1985 where she lived in Ngukurr.

Kate returned to Adelaide, married and had two children before moving to Katherine and Arnhem Land, then joining the Australian Government working in administration at the Tindal Air Force Base.

At 22, Kate became a single mum and returned to Adelaide where she worked and completed a degree in Indigenous Affairs, inspired by her experiences in Ngukurr and Katherine, before meeting her now husband, Wayne.

Kate joined the Northern Territory Government in 1995 and has worked in various departments including Mines, Education, Health, and Consumer Affairs. Kate also has experience working at the highest level of government, including for Ministers Jak Ah Kit, Kon Vatskalis and the former Chief Minister Paul Henderson.

Since moving to the Territory, Kate has served as a volunteer for a number of sporting organisations, including on the board of the Waratah Football Club, as the President of the Pints Football Club for 4 years in which time Pints won back to back grand finals and successfully moved from the TEAFA competition to the AFLNT. In 1998 Kate co-founded the Waratah Netball Club and was President for 13 years, player and held local and state coaching roles.

Kate has held roles on the Australian Local Government Women’s Association NT,  Board of Life Education, Wanguri and Jingili Primary School Councils, Boards of Neighbourhood Watch and Casuarina Senior College, and is currently on the Board of Duke of Edinburgh NT.  Kate volunteers every year with the Seabreeze Festival.

Kate has served on the City of Darwin Council as an elected Alderman for the Chan Ward for almost 4 years where she was the Chair of the Community and Cultural, and Arts and Cultural Development Committees and sat on both the Kalymnos and Ambon Sister City Committees.

During her time on Council Kate proudly achieved many things including the establishment of an orchard in the Jingili Water Gardens, drove the establishment of the Safer City Program, had names put on all the unmarked graves in the Jingili Cemetery and was a key contributor to the City of Darwin Masterplan as well as helping countless people get things done across the community from fixing footpaths and replacing bins to having traffic calming mechanisms installed.

Kate has been a member of the NT Labor Party for more than 15 years and has held various Executive and committee positions.  She was elected to the seat of Sanderson in the Northern Suburbs of Darwin in August 2016.  She is currently the Government Whip and Assistant Minister for Small Business, Multicultural Affairs and Arafura Games.

Kate has four children and nine grandchildren. Her two eldest daughters are both Indigenous artists, her step-son and works in IT in Adelaide, and her youngest daughter is completing her year 12 at Casuarina Senior College, and is another budding artist.

In her spare time Kate enjoys reading, going to the gym and maintaining her garden.