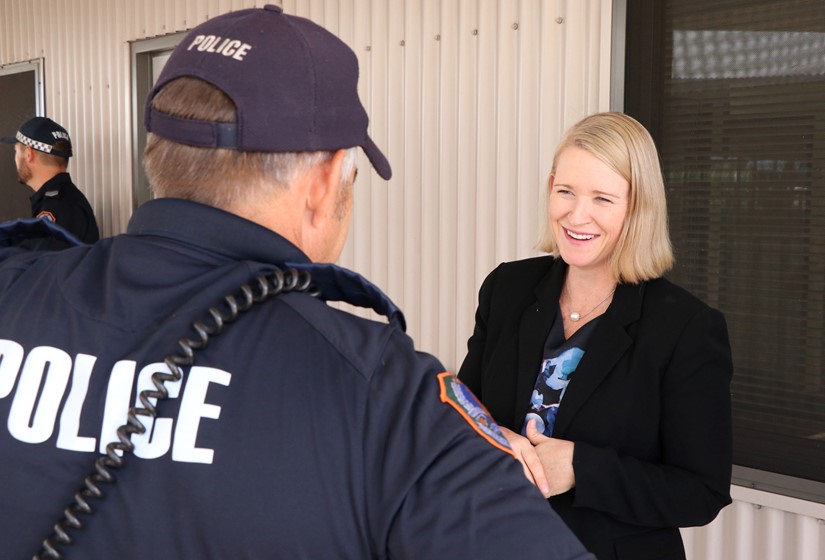 Nicole is a born and bred Territorian, passionate about making a positive difference in her community.

Nicole won the seat of Wanguri in a by-election in February 2013, following the retirement of the previous member and former Chief Minister Paul Henderson.

As a member of the Gunner Government, Nicole serves in the roles of Deputy Chief Minister, Minister for Police, Fire and Emergency Services, Minister for Mining and Industry, Minister for Northern Australia and Trade, Minister for Defence Industries, Minister for Agribusiness and Aquaculture and Minister for International Education. Nicole is a proud local and grew up in the electorate. She went to local schools including Holy Spirit School, Dripstone Middle School and Casuarina Senior College before attending Curtin University and studying Journalism and Public Relations.

Nicole is a strong contributor to public and community life. She has worked in the NT public sector and in the WA private sector in communications and human resources. She has also worked as a media advisor and a senior government advisor.

A very keen sportswoman, Nicole loves netball and played and coached for the Waratah Netball Club for many years. She has won two premierships with the Waratah Football Club. Nicole still enjoys running to keep herself fit and active.

Nicole lives in the Wanguri electorate with her husband Scott and their children Aiden, Grace and Chloe.