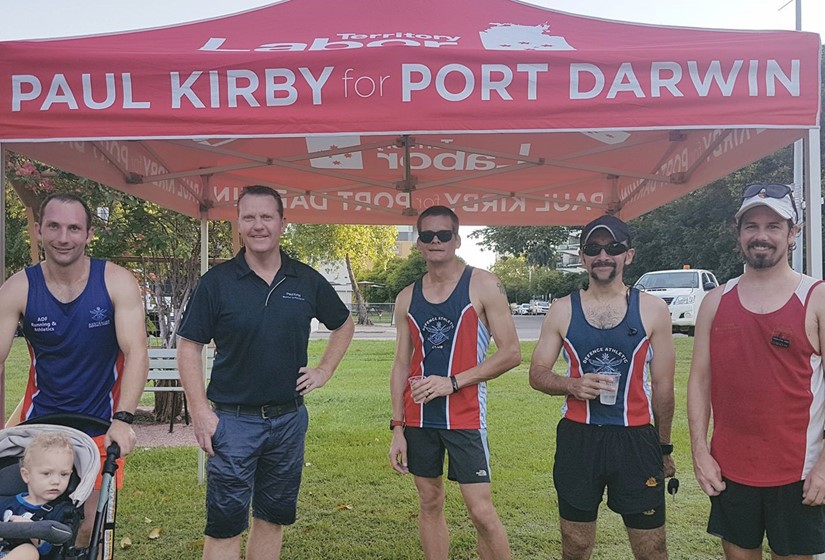 Paul moved to Darwin from country South Australia in 1997 and settled in the Northern suburbs. He has three children, Alana, Jake and Layla. Alana and Jake attended schools in the northern suburbs and were both involved in team sports, while little Layla is heavily involved in testing playgrounds and sampling local ice cream delights.

Paul began working as a Linesman with Power and Water in 1997. He was elected as a workplace representative by his colleagues, where he worked collaboratively with management to ensure those who couldn’t speak up for themselves had a strong, united voice.

In 2013, Paul left Power and Water to work for the Electrical Trades Union, where he advocated to and represented the interests of his members across the Territory. Throughout his roles Paul gained valuable experience in listening and consulting with Territorians, and working with all levels of government and industry towards the best possible outcomes for all.

Paul is especially passionate about helping young people when they first enter the workforce, addressing gender inequalities in the NT and ensuring there is adequate support in place for local workers and their families. He is dedicated to creating safe, local jobs for Territorians and as Minister for Small Business, and Minister for Jobs and Training, plays a role in many job-creating projects and skills training throughout the NT.

A keen sportsman, Paul has been involved in coaching Territory sports teams and programs, including cricket and AFL, across a range of age groups.

In 2016 Paul was preselected as the Labor candidate for Port Darwin ahead of the 2016 NT election. Going into the election Labor had only previously won the seat of Port Darwin once in its history, however Paul won the seat with a swing of 12.5 percent.  In January 2019 Paul was sworn in as Minister for Primary Industry and Resources.

At the 2020 NT election Paul became the first Labor MP to retain the seat of Port Darwin.